What drives us?  Psychologists argue there are two kinds of motivation: extrinsic and intrinsic.  Extrinsic motivation is when we feel compelled to take a course of action or perform a certain behavior either to avoid punishment or earn an external reward.  The serious student who spends long hours hunched over textbooks in the library, most likely, is extrinsically motivated: he memorizes the major battles of the Civil War and labors so intensely to understand the causes of the Russian Revolution— not because he’s appalled by the bloodshed of Antietam or genuinely interested in why communism appealed to millions— but because he wants to get an A in his high school history class and gain Ivy League admission.

Intrinsic motivation, on the other hand, is when we take up a hobby or pursue a passion for its own sake— not recognition or reward.  The children’s lit fanatic who collects rare first editions of classics like The Chronicles of Narnia and The Secret Garden; the lover of romance languages who finally dedicates herself to learning Italian; the thrift store addict who adores all things retro and spends Sunday afternoons perusing secondhand shops for mid-century furniture: all are intrinsically motivated.

Sadly, most of what we do in life is extrinsically motivated: we work in a monochrome gray cubicle for eight mind-numbing hours a day at a miserable job so we can afford designer handbags and luxury vacations; we stay late at the office to get a promotion; we save money so— one day— we can leave our cramped apartment in the city and finally buy our own house with navy trim and a red door.  We might scribble sentimental love poems to our crush or play terrible thrash metal in our friend’s garage for fun but— as time goes on— we long for fame and fortune, acclaim and awards.  After all, why else would we subject ourselves to the humiliation of playing lame high school dances and gigs in dimly-lit half-empty bars?  If you’re a musician, isn’t the goal to sign to a major record label and tour the world?  Why endure the long hours of rehearsal and sleepless nights on the road if not for the stadiums of screaming fans, the wild parties, the feathers and platform shoes, the profiles in Rolling Stone? 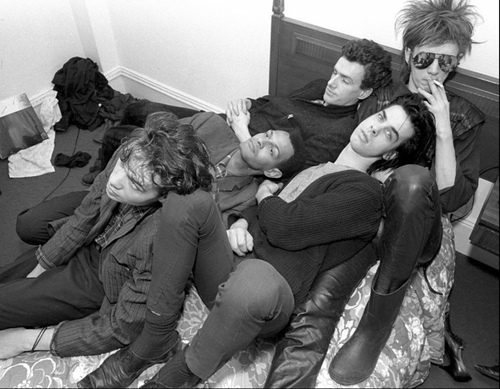 According to the intelligent Nick Cave, lead singer of post-punk band Nick Cave and the Bad Seeds, there are more reasons to create than glamorous perks and prestigious awards.  We shouldn’t make a movie to get a glittery gold star on the Hollywood walk of fame or write a song to win an MTV Music Award.  We should make art for its own sake: for the satisfaction of saying exactly what we mean, for the incomparable joy of expressing who we truly are.

Like many struggling musicians, Cave and his band toiled in obscurity for years.  But when in 1996 their haunting ninth album Murder Ballads was hailed as a masterpiece of morbidity by critics, they finally gained the attention of MTV, who nominated Cave for its Best Male Artist of the Year award.  In this glorious “fuck you” of a letter to the network, Cave courteously (if cheekily) rejects his nomination, explaining his muse is not a horse and doesn’t deserve to be subjected to the indignities of competition:

To all those at MTV,

I would like to start by thanking you all for the support you have given me over recent years and I am both grateful and flattered by the nominations that I have received for Best Male Artist.  The air play given to both the Kylie Minogue and P. J. Harvey duets from my latest album Murder Ballads has not gone unnoticed and has been greatly appreciated.  So again my sincere thanks.

Having said that, I feel that it’s necessary for me to request that my nomination for best male artist be withdrawn and furthermore any awards or nominations for such awards that may arise in later years be presented to those who feel more comfortable with the competitive nature of these award ceremonies.  I myself, do not.  I have always been of the opinion that my music is unique and individual and exists beyond the realms inhabited by those who would reduce things to mere measuring.  I am in competition with no-one.

My relationship with my muse is a delicate one at the best of times and I feel that it is my duty to protect her from influences that may offend her fragile nature.

She comes to me with the gift of song and in return I treat her with the respect I feel she deserves — in this case this means not subjecting her to the indignities of judgement and competition.  My muse is not a horse and I am in no horse race and if indeed she was, still I would not harness her to this tumbrel — this bloody cart of severed heads and glittering prizes.  My muse may spook!  May bolt!  May abandon me completely!

So once again, to the people at MTV, I appreciate the zeal and energy that was put behind my last record, I truly do and say thank you and again I say thank you but no…no thank you. 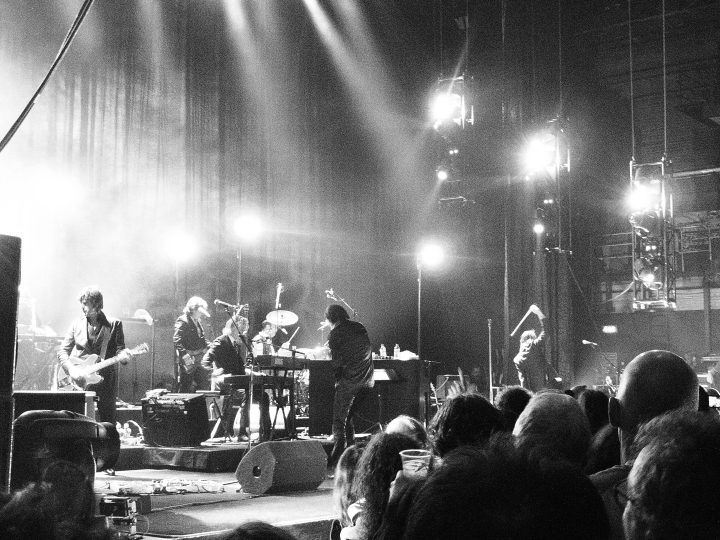 Ultimately, Cave is modest enough to recognize that such competitions are meaningless.  Winning an MTV Music Award—just like earning the prestigious honor of a Man Booker or MacArthur Fellowship— doesn’t mean you’re a genius, or the voice of your generation, or actually the “best” artist: winning is often the result of luck and happenstance.  As Jennifer Egan remarked about winning her Pulitzer:  “If you happen to be in the final few, it’s because you’re lucky enough to have written something that appeals to those particular judges’ tastes…Deserving only gets you so far.  Winning a prize like that has a lot to do with cultural forces; with appetites at work in the culture.”

Lesson?  We shouldn’t treat our art like a sport: our goal shouldn’t be to win a gold medal or cross the finish line ahead of our competitors.  As Brenda Ueland so beautifully expressed nearly a century ago, everybody is talented, original, and has something important to say.  Because we are human, we are entirely unique: we can’t be compared to others and what we create certainly can’t be categorized into “winners” and “losers.”