Finished Netflix original series Stranger Things after a few hours of major binge-watching last night. Called the surprise hit of the summer, Stranger Things has been building a steady following since its release and-some have said-is on the road to cult status.

The series begins with the mysterious disappearance of Will Byers (Noah Schnapp), an average 12-year-old boy from Hawkins, Indiana. As Police Chief Hopper (David Harbour) launches an investigation, Will’s mother (Winona Ryder) and friends Mike (Finn Wolfhard), Dustin (Gaten Matarazzo), and Lucas (Caleb McLaughlin) embark on their own search and quickly discover there’s more to his disappearance than meets the eye. Filled with horrifying monsters, a girl with telekinesis, and portals to other worlds, Stranger Things is the intersection of the ordinary and supernatural. Though I could go on and on as to why Stranger Things deserves all the hype, here are a few reasons why I loved the show. 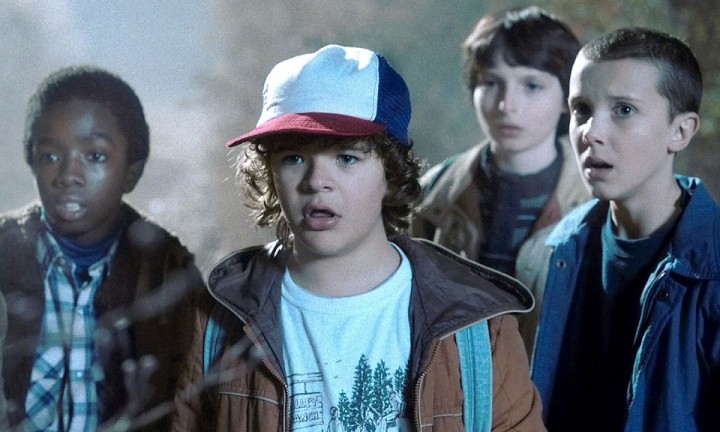 “What are stories but mystery boxes?” director and filmmaker J.J. Abrams once posed. Abrams, the mastermind behind such puzzling television riddles as Lost, knows that good story-telling is about ambiguity; it’s what you don’t know-not what you do.

Stranger Things builds edge-of-your-seat suspense by constantly denying us access to the box. Creators the Duffer Brothers, in fact, padlock the box and throw away the key. With each episode, the enigma of Will’s disappearance deepens: where is Will? Who keeps calling Joyce, Will’s mother (played by a convincingly distraught Winona Ryder)? Who is the practically mute girl the boys stumble upon in the woods and where did she come from? Why did the state claim jurisdiction of where Will’s body was found and later bring in their own guy to perform the autopsy? Just when you think the show can’t get any more bizarre, just when you think you have a handle on the sinister happenings of this strange town, something even weirder happens to complicate your theories.

This series reminds me of one of my all time favorite movies: Donnie Darko. In terms of genre, both dabble in the paranormal and both play with the possibility of other worlds.  Like the cult classic, Stranger Things preoccupies itself with the questions-not so much the answers. So if you adore slightly offbeat shows that are one part sci-fi and two parts mystery/thriller, watch this show. 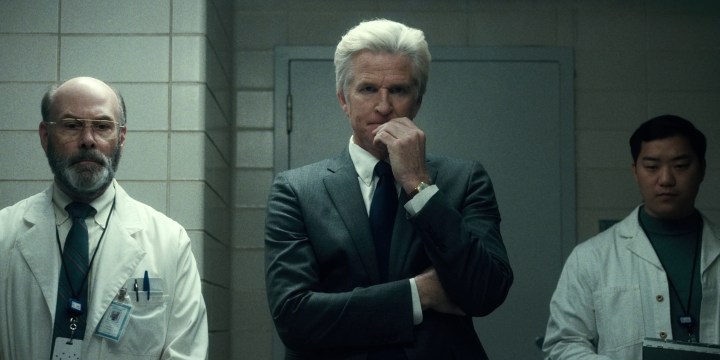 In her astute analysis of the sixth episode, AV Club critic Emily Stephens considers both the literal and figurative meanings of monster:

“El’s powers opened a portal between universes for a creature to slither through, but she’s not the monster. Even that creature, horrifying as it is, isn’t the worst monster of Stranger Things. The monster didn’t have to cross over from some darker dimension. The monster was here all along.

The monster is Brenner, persuading college kids to trade a couple of hundred bucks for the risks of his mind-bending experiments—in Terry Ives’ case, a lifetime of near-catatonia. The monster is Steve’s jealousy and entitlement, blotting out his affection for Nancy and his vacillating sense of decency. The monster is the vindictive rage of a bully, who forces a classmate to jump from the quarry’s cliff by holding his friend at knifepoint. The monster is the blank resolve of a government bureau eager to exploit a gifted child, pushing her to make solitary contact with something unknown, unknowable. As Stranger Things already hinted in the title of “Chapter Two: The Weirdo On Maple Street,” with its nod to a classic Twilight Zone episode, the monster isn’t the thing from another world. It’s us.”

When a frightening, alien-like monster wriggles through a hole between the real world and the upside down and begins tormenting Hawkins, we can’t help but think it’s the antagonist we’ve been waiting for. But as Stephens so insightfully points out, the real monster is not some creature from another world-it’s within us.

The central antagonist of Stranger Things is not a literal monster but a figurative one: Hawkins National Lab. Since the 1960s, we learn, diabolical yet socio-pathically kind scientist Dr. Brenner has been performing mind control experiments on human subjects. He kidnaps his most prized subject, a young girl named El, from her mother when it’s discovered she has telekinetic powers. Since then, Dr. Brenner has been trying to harness her abilities for the more malevolent purposes of weaponry and espionage.

In their pursuit of truth, Joyce and Captain Hopper realize Will’s disappearance is a part of this massive government cover-up. And the U.S. government is a titan adversary. The more unsettling truths they uncover, the more they realize they have nowhere to turn. Stranger Things creates a twitchy, anxiety-laden atmosphere where no one-especially those in positions of authority-can be trusted. Brenner and his team are unstoppable: dissenters who try to expose the truth are easily made to look insane…or are mercilessly killed off.

Dr. Brenner, Hawkins Lab, the U.S government- all represent the most terrible kind of monstrosity: indifference to one’s fellows. As Brenner and his colleagues ruthlessly exploit El’s powers for their own advantage, the government remorselessly covers it up.

If you love underdog stories, you’ll find it immensely satisfying when Hopper goes all renegade cop and tries to untangle Brenner’s webs of lies and cover-ups (though it’s hard to believe he’d emerge from some of his discoveries unscathed). Like all underdog tales, Stranger Things derives its tension not from the anticipation that we might encounter a real flesh and blood monster but the certainty that a less easily defeated foe lingers around every corner. 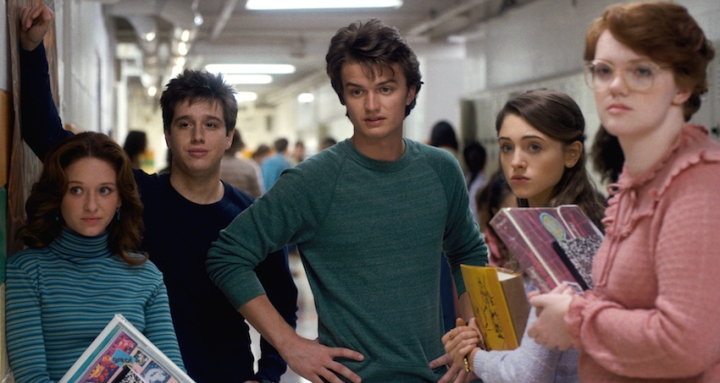 If you’re an 80s kid like me, Stranger Things will be a nostalgic return to the ambient synth and bad hair of yesteryear. Watching this sci-fi/horror is like being teleported to 1983, a time when anti-communist paranoia was its height and we thought-for some reason- that mullets looked good. Creators the Duffer brothers do a superb job of accurately reconstructing the period, never stumbing into overblown caricature territory (you won’t see any Madonna-esqe fish nets or neon eye shadow here).

Guardian columnist Lucy Mangan fittingly coined Stranger Things a spooky shot of 80s nostalgia straight to your heart. In their 1980s tribute, the Duffer Brothers pay homage to every cinematic genius of the period from Spielberg to Steven King. The group of best friends coming of age whilst chatting over walkie talkies recalls Stand By Me (not to mention another classic period piece Now and Then) while the otherworldly girl with telekinetic powers conjures up images of ET.  All that’s missing, as Mangan notes, is the glowing finger. Ryder herself is a relic of the era, bringing to mind the pseudo-intellectual banter and dark morbid humor of such movies as The Heathers.  Add a dose of creepy spirits communicating through electronics a la The Poltergeist and you have the perfect cocktail of heart-warming coming-of-age tale and spooky, eerie sci-fi thriller.