“But what does wisdom say about love?” the analytically-minded narrator of Alain de 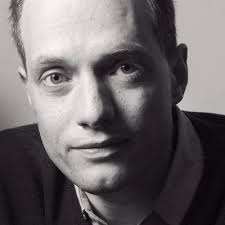 Botton’s debut novel On Love asks after his girlfriend Chloe dumps him, “Is it something that should be given up completely, like coffee or cigarettes, or is it allowed on occasions, like a glass of wine or a bar of chocolate?  Is love directly opposed to everything that wisdom stands for?  Do sages lose their heads or only overgrown children?”

In many ways, love diametrically opposes reason.  After all, how many times have we fallen victim to the manic madness of first love?  of infatuation?  How many times has the desire to love rendered us as deranged and deluded as a mental patient?  How many times have we let the fervid frenzy of passion rob us of our basic common sense?  “Love is blind” poets and philosophers have always said.  Why?  Because love laughs in the face of logic.  Even when we know on an intellectual level that our marriage is toxic and our partner is abusive, we stay.  “We love him,” we rationalize as if this single emotion undermines the validity of any cogent argument.  Or think of dating.  Even when we know a potential partner isn’t right for us, we can’t suddenly stop being attracted to them.  Even when we tally their pros and cons, even when we calculate the probability of building a lasting relationship with the exactness of an accountant and conclude we’re just too different, our love persists.  Now matter how doggedly we attempt to logically assess a love interest, love cares little for compatibility quotients and left-brained lists.

In the depths of suicidal despair after the demise of his relationship, Botton’s narrator wonders if love can ever be a soul-sustaining rather than soul-shattering experience.  According to the romantic positivists, the answer is yes.

Who are the romantic positivists?  Romantic positivists are the self-help gurus, therapists and psychoanalysts who believe that with enough rigorous self-examination, we can arrive at the necessary self-knowledge to break the dysfunctional patterns that keep us from forming healthy relationships.  Unlike angsty emo kids and melancholy poets, who are more fascinated with love’s distressing aspects— the torture of unrequited love, say, or the irrecoverable loss of betrayal— the positivists are pragmatists: they concern themselves not with problems but with solutions.  Always find yourself attracted to men who call you names and otherwise belittle you?  The romantic positivist would explain your dating history in terms of your upbringing.  Perhaps you seek partners who are withholding and hyper-critical because your perfectionistic father was impossible to please and spent most of your childhood finding fault with you.  You recreate this childhood dynamic in adulthood because— though dysfunctional— it’s familiar to you.  However, romantic positivism assures us we’re not doomed to repeat these same patterns if we don’t want to.  Through therapy, we can stop reenacting the same scripts with different actors.

While browsing through a London bookstore, our heartbroken narrator finds hope in Dr. Peggy Nearly’s The Bleeding Heart, a bible of romantic positivism:

“It told the unfortunate yet optimistic story of men and women who fell in love with unsuitable partners, those who would treat them cruelly or leave them emotionally unfulfilled, or take to drink and become violent.  These people made an unconscious connection between love and suffering and could not stop hoping that the unsuitable types they had chosen to adore would change and love them properly.  Their lives would be ruined by the delusion that they could reform people who were by nature incapable of answering their emotional needs.  By the third chapter, Dr. Nearly had identified the roots of the problem as lying in deficient parents, who had given these unfortunate romantics a warped understanding of the affective process.  If they never loved people who were nice to them, it was because their earliest emotional attachments had taught them that love should be unreciprocated and cruel.  But by entering therapy and being able to work through their childhood, they might understand the roots of their masochism and learn that their desire to change unsuitable partners was only the relic of a more infantile fantasy to convert their parents into proper care givers.”

“I don’t think there’s a single dumbass thing I’ve done in my adult life that I didn’t know was a dumbass thing to do,” Cheryl Strayed wrote with equal parts humor and wisdom in her heart-expanding advice column Dear Sugar, “Even when I justified it to myself—as I did every damn time—the truest part of me knew I was doing the wrong thing.  Always.”  This illustrates the problem of knowledge vs. action— what Alain de Botton would call the at times unbridgeable gap between wisdom and the wise life.  Though we can know something intellectually, acting on that knowledge is another matter.  Think of a smoker.  He knows cigarettes blacken his lungs and poison his body; he knows a single cigarette can shorten his life by eleven minutes; he knows smoking indisputably causes cancer yet he continues to light his Lucky Strike.  Why?  Because knowledge doesn’t necessarily equate to action, especially when it involves deeply ingrained behaviors like subconscious childhood programming and addiction.

This is a major limitation of romantic positivist philosophy.  Even if, as Peggy Nearly would argue, we can gain insight into our psyches through therapy, even if we can recognize our tendency to pursue alcoholic/abusive/otherwise emotionally unavailable partners, even if we know someone is unhealthy for us, we don’t always act on that knowledge.  As our narrator so articulately states:

“…there is a great difference between identifying a problem and solving it, between wisdom and the wise life.  We are all more intelligent than we are capable, and awareness of the insanity of love has never saved anyone from the disease.  Perhaps the concept of wise or wholly painless love is as much a contradiction as a bloodless battle— Geneva convention aside, it simply cannot exist.  The confrontation between Madame Bovary and Peggy Nearly is the confrontation between romantic tragedy and romantic positivism.  It is the confrontation between wisdom and wisdom’s opposite, which is not the ignorance of wisdom [that is easy to put right], but the inability to act on the knowledge of what one knows is right.  Knowing the unreality of our affair had proved to be no help to Chloe and me; knowing we might be fools had not turned us into sages.” 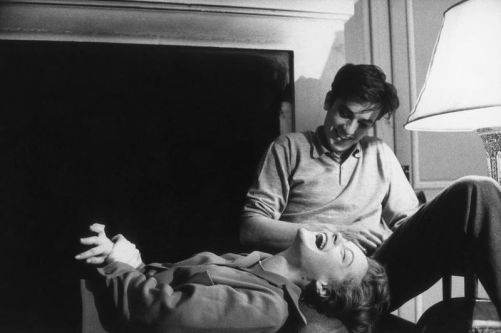 So if years in a therapist’s office still can’t spare us the sorrow of heartbreak, what are the rejected and lovelorn among us supposed to do?  The only thing left, the narrator decides, is to renounce love altogether, what he terms a kind of stoicism.  Rather than leave himself defenseless and risk getting hurt, he erects an impregnable fortress around his heart, retreating to a cloistered life of study, silence, and solitude.  After Chloe leaves him, he imagines himself a devout monk who relinquishes the agony and disappointment of mortal relationships to dedicate himself to more enlightened pursuits:

“Rendered pessimistic by the intractable pains of love, I decided to turn away from it altogether.  If romantic positivism could be of no help, then the only valid wisdom was the stoic advice never to fall in love again.  I would henceforth retreat into a symbolic monastery, see no one, live frugally, and throw myself into austere study.  I read with admiration stories of men and women who had escaped earthly distractions, made vows of chastity, and spent their lives in monasteries and nunneries.  There were stories of hermits who had endured life in caves in the desert for forty or fifty years, living off only roots and berries, never talking or seeing other human beings.”

But our narrator soon realizes there are limitations to the stoic approach as well.  In some ways, the stoics were correct to be cynical— when we fall in love with someone new, the odds have it ending badly.  Indeed, the chance that our next fling will be the “one” is— statistically speaking— less likely than winning the lottery.  More probable is our next relationship will end much like the one preceding it: in spiteful words, in broken promises, in disappointment.  Chances are the next person we date will not be the one we prance off in the sunset with.  Instead of culminate in undying devotions of love and a white wedding dress, our next affair might reach its climax in a heart-shattering confession of infidelity before exploding into an acrimonious split.  Or it might come to a less dramatic conclusion and simply peter out after years of domestic dissatisfaction and stifled resentment.  But is the solution really to reject romance altogether?  After all, our next lover might break our hearts, but they might not.  If we follow the stoic path and sequester ourselves in the woods of romantic skepticism and spinsterhood, we’ll never get hurt but we’ll never find love either:

“Though love might never be painless and was certainly not wise, neither could it be forgotten.  It was inevitable as it was unreasonable— and its unreason was unfortunately no argument against it.  Was it not absurd to retreat into the Judean hills in order to eat roots and shoots?  If I wanted to be courageous, were there not greater opportunities for heroism in love?  Moreover, for all the sacrifices demanded by the stoic life, was there not something cowardly within it?  At the heart of stoicism lay the desire to disappoint oneself before someone else had the chance to do so.  Stoicism was a crude defense against the dangers of the affections of others, a danger that it would take more endurance than a life in the desert to be able to face.  In calling for a monastic existence free of emotional turmoil, stoicism was simply trying to deny the legitimacy of certain potentially painful yet fundamental human needs.  However brave, the stoic was in the end a coward at the point of perhaps the highest reality, at the moment of love.

We can always blind ourselves to the complexities of a problem by suggesting solutions that reduce the issue to a lower common denominator.  Both romantic positivism and stoicism were inadequate answers to the problems raised by the agonies of love, because both of them collapsed the pain and irrationality of love into a conclusive argument against it— thereby failing to balance the undoubted trauma of our desires with the intractability of emotional needs.”

In the end, On Love proposes a third, more nuanced approach to love.  Hours of sane self-reflection on a therapist’s couch will never cure us of the insanity of love just as refraining from relationships will never rid us of our fundamental yearning to love and be loved.  So rather than forget the crucial difference between possessing wisdom and behaving wisely (romantic positivism) or sink into a pit of pessimism and despairing despondency (stoicism), de Botton asserts we should learn to “juggle the idiocy of infatuation with its inevitability.”