Described as the “spiritual sequel” to his 1993 cult classic Dazed and Confused, Linklater’s latest Everybody Wants Some shares much in common with its cinematic predecessor.  Both wistfully render adolescence, Dazed and Confused, the final days of high school, Everybody Wants Some, the heady anticipation of coming adulthood.  Both burst with the carefree exuberance of youth.  And though each film depicts a very specific moment in historical time, both yearn to capture something universal: the magic of the teenage years.  So though you might be too young to remember mustaches, hysterically short shorts, or disco, Everybody Wants Some will have you affectionately recalling the simpler days of your youth.

Told in the delightfully meandering way that is his trademark, Linklater doesn’t offer much in the way of plot.  The film opens on a goofily cute Jake (played to charming effect by an adorable Blake Jenner) cruising through a one-lane country road.  The year, 1980.  Linklater establishes the time period from the first frame: his boyish protagonist sports a super 70s baseball tee and drives a brawny Oldsmobile.  As the hand-tapping rhythms of “My Sharona” thump in the background, the camera circles to the back seat, revealing a milk crate of albums and an old school record player.  Jake, a freshman baseball player on his way to college, is much like the road he travels on: full of possibility.  It’s the weekend before school starts and anything can happen (and most things do).  In the three days before classes, Jake and his teammates boogie at a disco, line dance at a hoe down, mosh at a punk show, and mingle with geeky theater majors at a psychedelic party in the woods- not to mention get lucky an astonishing number of times for a bunch of inexperienced teenagers.  When they’re not chasing girls or finding new ways to fuck with each other, they’re taking bong rips and waxing philosophical about everything from the nature of identity to the meaning of life. 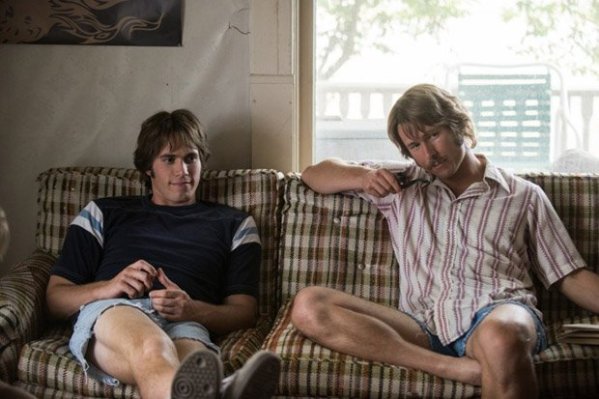 Everybody Wants Some flouts the most basic narrative conventions: there’s no conflict, no climax.  The story certainly doesn’t satisfyingly chart any character’s development.  But this raunchy, rambunctious college flick is more than just a good time- it’s a bittersweet meditation on the transience of youth.  As an adult watching the film, I can’t help but envy Jake: he’s only just beginning college, for the first time tasting the exhilarating independence of adulthood but with very little of the responsibility.  In the coming months, his most pressing obligation will probably be turning in his Shakespeare midterm.  Most likely, his parents are still footing his bills.  But as the unrelenting countdown to the first day of school continually reminds us, time is running out.  Jake stands at a pivotal juncture in his maturity, his first day of college symbolic of his monumental entrance into adulthood.  For four glorious years, “adulthood” will be all-nighters, girls and booze but before long, adulthood will mean venturing into the last frontier, the “real world.”

This “real world” lingers in the background throughout much of the film.  Though Jake and his teammates possess a zeal for baseball that borders on obsession, none of them harbor any delusions about going pro.  Up until now, baseball has been the singular passion that’s organized their existence; however, after four years of college, they know they’ll have to get jobs like everyone else.  Linklater’s sentimental mix tape hits an elegiac note when we realize growing up often means sacrificing our dreamier goals.  Like Jake, we’ve all had to eventually hang up our baseball gloves.

Everybody Wants Some has been called nostalgic in the best sense but we must remember there’s always a sad quality to nostalgia.  After all, nostalgia is a yearning for the past which-by its very definition-can never be recovered.  So though we fondly reminisce about our first college crush when Jake spends a sweet, romantic evening with Beverley on a lake, we’re heartbreakingly aware that we’ll never again experience anything quite as giddy as those first few days of school. 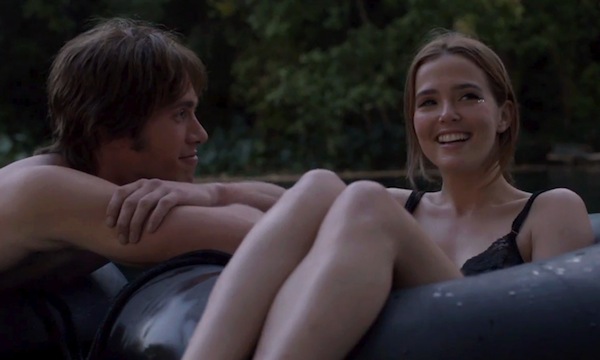